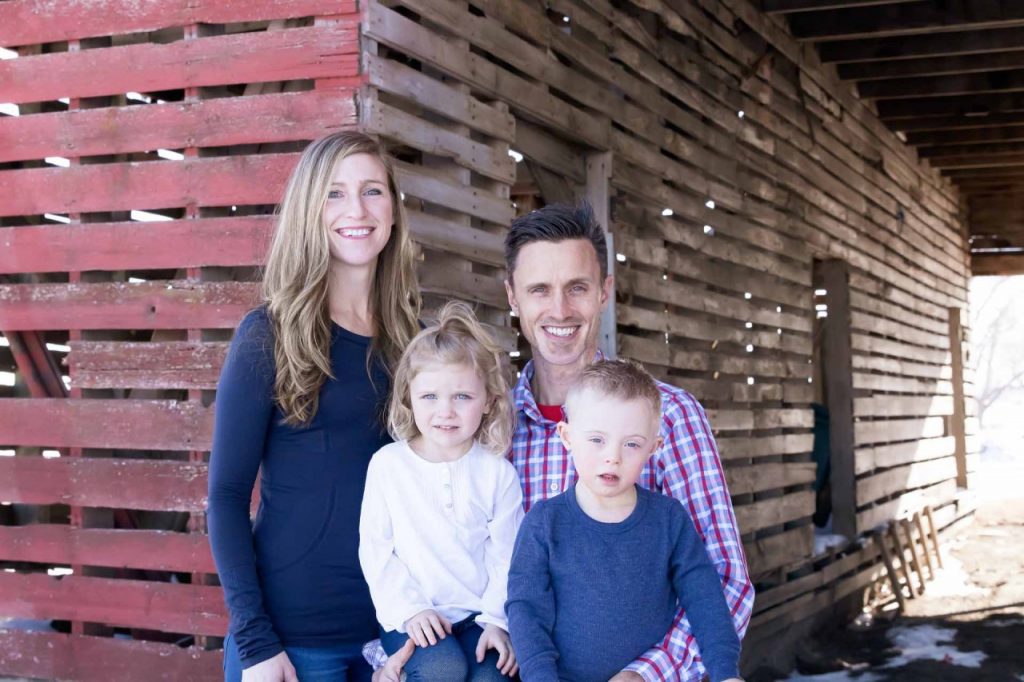 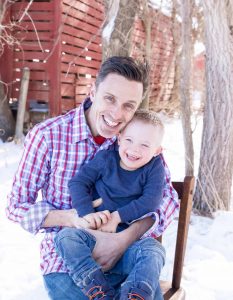 Dr. Jacob M. Conway grew up in Cottage Grove, MN, later moving east to attend undergraduate school at the University of Wisconsin-River Falls. There he received a Bachelor’s degree in Biochemistry, with a minor in Pharmacology. Developing a passion for the medical world, Dr. Conway went on to pursue a Doctorate in Chiropractic at Northwestern Health Sciences University in Bloomington, MN. In the pursuit of continuing his chiropractic care knowledge, Dr. Conway is currently furthering his post-graduate education in Functional Neurology at the Carrick Institute.

Dr. Conway’s expertise has grown with his experiences working in multiple chiropractic clinics including a neurology-based clinic in Eden Prairie, MN. Dr. Conway has also had the privilege of working with several professional athletes, with conditions ranging from musculoskeletal injuries and concussions to basic performance enhancement care. Dr. Conway is a certified DOT professional and offers DOT physical exams to patients.

Before dedicating his life to chiropractic health care, as an undergraduate, Dr. Conway worked as a pharmacy technician as well as a DJ at a local radio station.

Helping others is an important part of Dr. Conway’s life and he volunteers at the Northfield Senior Center, Thursday's Table, the local food shelf, and the Cannon River Clean-up. Dr. Conway also volunteers with Habitat for Humanity in Northfield. Basically, he will find any excuse to get out there and help the community! 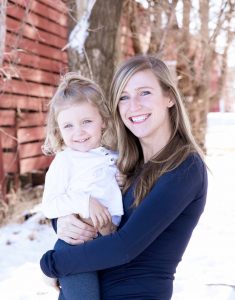 Dr. Bridget Conway grew up in Wagner, SD, on her parents' farm. She attended South Dakota State University in Brookings, SD, and received her Bachelor of Science degree in Biology. She later attended Northwestern Health Sciences University in Bloomington, MN, where she earned her Doctorate in Chiropractic and also became a board-certified acupuncturist.

Being an athlete and working on her parents' farm, Dr. Bridget always knew the importance of chiropractic care and how it allowed her to continue doing what she loved. From an early age, she wanted to become a chiropractor. The career was especially intriguing because it allowed her to work with athletes to enhance their performance and heal injuries. Dr. Bridget held internships working alongside certified chiropractic sports physicians and learned a multitude of techniques including extremity adjusting, instrument-assisted soft tissue manipulation, kinesiology taping, and active release and relaxation myofascial stretching.

Prior to joining the team at Cannon Pointe Chiropractic, Dr. Bridget spent multiple years working at a primarily craniopathic chiropractic clinic, where she learned and performed a technique that allows her to assist in the adjusting of the bones of the skull to directly take the pressure off of the brain and dural systems. With this technique, she has had experience in alleviating many patients' symptoms from headaches, migraines, visual light sensitivities often associated with headaches, concussions, sinus issues, fibromyalgia, tinnitus (ringing in the ears), balance issues, vertigo, emotional issues, attention deficit disorders, hyperactivity disorders, Tourette-like tic disorders, and more. Cranial issues/malpositions often begin from birth (a baby's skull contorting through the birth canal or from force through incisions during Cesarean delivery) or from injury and can often manifest symptoms many years after the initial malposition occurs. She also practices a chiropractic reflex technique and acupuncture to alleviate many abdominal and digestive issues as well as allergy symptoms. She often uses applied kinesiology and muscle testing for diagnostic and treatment protocols.

Dr. Bridget is involved in multiple volunteer organizations in Northfield, and you will often see the pair of Conway's offering to give time to help their community.

See what our patients are saying...

Had an amazing first time visit with my sister. Very much recommended. Very welcoming and friendly environment. Loved it!!!
Jocelyn Sol
04:39 09 Jan 23
I haven't been coming to the clinic long but have gotten so much relief from neck, shoulder and lower back pain! Jake is fantastic!
Jenny Norstad
15:51 20 Nov 22
Amazing chiropractic care! I’ve been going here as needed for the last 4 years. You can’t go wrong with seeing either Jake or Bridget, they are both great! I also appreciate that they are family oriented, and have toys/books for when my toddler joins me at appointments. Becky is also a great receptionist and spoils my son with stickers ☺️ Thanks for all you do!
Tara Chichester
20:02 19 Aug 22
Great chiropractic care! Very friendly and have really helped address the back/neck pain I've had.
Elizabeth
02:05 16 Nov 21
In and out. Nice and simple.
Andrew
16:59 05 Nov 20
We have been seeing Bridget since she was in Savage. We drive a hour and only let her adjust me. She has helped after football injuries to car accidents, to post-op complications. She is the first person I have gone to that can adjust me. And I dont end up in more pain. And the conversations are amazing..
Amber Sweeney-High
20:41 01 Nov 19
I have always been scared of chiropractic manipulation and had heard stories of neck adjustments causing injuries. I shared my concerns with Bridget, and despite having anxiety I trusted her and it's amazing how much relief I feel in my whole body. She literally adjusted me from my head (pushed on the roof of my mouth to adjust skull muscles, weird right!?) to my toes. After having a baby and nursing for a year and a half all I can say is thank you. ?
A Google User
02:40 19 Jul 18
Amazing docs who care about. You don’t see this much anymore. Very compassionate about what they do and always looking out for the best interest of their clients.
Jessica Remington
21:52 22 Jan 18
Very welcoming. Dr. Jake is an excellent, discerning listener & I could tell I was in good hands- literally & figuratively. I'd heard very good things about this practice & my 1st visit experience certainly lived up to hopes / expectations. Excellent chiropractic care.
Grit Youngquist
03:08 15 Sep 17
No nonsense help by getting to the root the problem. Great consultation skills. Great follow up. Kind and caring staff.
kelley erickson
17:05 14 Sep 17
Cannon Pointe Chiropractic is a place I definitely would recommend to anyone needing realignment to acupuncture. I personally have only seen Bridget while going there. But both Bridget and Jake are always willing to work around your schedule and give you the individual care for your body. If you need to be seen due to severe pain, they will do what they can to get you in right away.
Sarah Nordwall
23:01 09 Aug 17
I have been going to Cannon Pointe Chiropractic for over a year, the office is very relaxed & welcoming, the staff very helpful, friendly & professional. Dr. Jake has done wonders for my lower back & neck pain, his treatments are much more beneficial than other Chiropractors I've been to. He's a 5 star all the way!
Tom & Monica Peterson
14:17 27 Jul 17
Dr. Bridget and Dr. Jake are quite the dynamic duo. I see Dr. Bridget most of the time. There are times I am such a mess they will tag team me. They are genuinely interested in your well being. When I share my experiences with friends, they are amazed when I tell them the amount of time they will spend on my care. Most talk about experiences of their Chiropractor spending less than 5 minutes with them. Cannon Pointe Chiropractic takes the time needed to get the desired results!
Dan Laun
17:20 14 Jul 17
I have been going to Cannon Pointe Chiropractic for a little over a year. The location is excellent and the facility is very nice as well as calm and relaxing. It's extremely easy to make an appointment and I never have any issues getting in when I need to. Most importantly, both Dr. Jake and Dr. Bridget have been instrumental in reducing the pain that I have in my neck, shoulders and low back. In addition, Dr. Bridget has an amazing gift for adjusting the cranium for headache relief and management. Cannon Pointe Chiropractic is an excellent full service place for improving health and wellness.
Katie Ohlund
20:17 09 Feb 16
I have seen Dr. Jake Conway a couple times now. He starting helping me with a healthy nutrition plan, which is really helping. Wonderful advice.I came in one day with a really bad headache stemming from my neck. I have just been a little afraid of Chiropractors for some reason. Jake really put me at ease. He explained and told me everything he was doing. It only took a couple of minutes and my headache was completely gone!I would highly recommend Cannon Pointe Chiropractic for anyone.
Dedee Little
17:47 20 Jun 14
‹
›

Read a Few of Our Reviews!

Are you ready to feel better?

Chiropractic is effective in treating many conditions such as back pain, neck pain, headaches, and so much more!